Before I begin, one thing needs to be clear,

“You’re not a victim for sharing your story. You are a survivor setting the world on fire with your truth. And you never know who needs your light, your warmth, and raging courage.“

When the #MeToo movement garnered attention a few years ago, the world was baffled. How could these fragile victims actually start speaking up against powerful people in even more powerful positions?

As a 25-year-old woman and survivor of sexual assault, I strongly feel empowered to live in a world where at the very least, you can speak about it or, in some privileged cases (like this one), find a platform to write about it. Therefore, I am not going to divulge the gory details of what I had to go through. Rather, I am here to create awareness about what constitutes sexual assault and what steps you can take.

Sexual Assualt: So Common Yet So Unknown

The problem with the world today is only one – the inability to understand what exactly constitutes sexual assault? But you don’t have to read a few books on it to figure out the same. I understand that the boundaries are often vague, but it’s best to communicate in such situations. So what is sexual assault? Let’s find out.

“It’s not consent if you make me afraid to say no.

Sexual Assault can be defined as any sexual activity where someone is coerced, tricked, or forced into doing any act that they didn’t want to do in the first place. Simply put, any sexual activity that’s unwanted or nonconsensual in nature can be referred to as assault. Such cases are usually inclusive of,

Sexual Assault is a grey area. But it shouldn’t be. So let’s look at a few situations closely and analyze if the assault is involved or not.

It’s pretty late, and you decided to share a cab ride with your colleague after an office party. Both of you are drunk, and the air is heating up a little. Mistaking sexual tension for consent is probably the biggest mistake you or your colleague can make at this point.

“Never be bullied into silence. Never allow yourself to be made a victim.”

If anything occurs between the two of you that both of you want, it’s fine. But if at any point you feel like your colleague acting on the sexual tension between you guys is making you feel uncomfortable, you need to speak out. If you speak out and, in spite of that, your colleague keeps pressurizing you or, worse, forces you, then that qualifies as assault, according to the sexual assault definition mentioned above.

You have been dating your partner for several years now. The intimacy between you guys is something that you had always hoped for, and your love life is great. But then, one fine day, your partner wants you to engage in sexual activities you are not comfortable with at all. Again, communication is key, and if your partner listens to you, then it would not be assault.

“You took away my worth, my privacy, my energy, my time, my safety, my intimacy, my confidence, my own voice, until now.”

You are fifteen, and the school’s the only thing that you need to worry about…life is good. And then, one day, your dad’s friend comes over. You have met him before on multiple occasions, and nothing inappropriate ever happened. But this time is different. Those lingering glances, accidental touches, and the sexual jokes.

“Don’t be ashamed of your story, it will inspire others.”

Nothing makes sense. When he brushed his legs against yours under the dinner table. How his leg kept traveling along the length of your calf and then thigh. Yes, that is assault and the sooner you call the man out, the better. When women in positions of privilege and power call out their abusers, they give thousands of other women the confidence to speak out.

If you have been facing difficulties voicing your issues, it’s completely fine. However, you don’t have to talk about it till you feel absolutely comfortable doing the same.

In fact, do you know about the longest prison sentence ever given? The world record at the moment is held by Allan Wayne McLaurin who was charged with rape for 8,000 years.

However, the controversial accounts mentioned below might help you speak out in the near future!

The controversial officer Kingery’s sexual assault story was doing the rounds in late 2019 when this famous officer’s TikTok account was randomly deactivated in the early November of the same year. Fans were surprised to find this real-life officer’s account suddenly deactivated.

Shortly after that, one user (@flawlesslawless) claimed that a cop not just made inappropriate comments but also shoved his hands down her pants. This user never mentioned Officer Kingery’s name, but she made it pretty obvious that the officer in question was none other than the famous TikTok star.

The Loudon Country sexual assault story is even stranger than the whole deal with Officer Kingery. Loudoun County High School witnessed a case of sexual assault when a female student was assaulted in the bathroom by a transgender student. Things became crazier till the student was transferred to a different school.

Naturally, the scene in Loudoun County changed completely with the victim’s father reacting violently in the school board meeting and then eventually getting arrested. The man’s name was Scott Smith.

Another controversial story is that of the Bob Saget sexual assault story. The man is famous for his role in Full House as Danny Tanner for eight whole seasons. So naturally, it was shocking to find out about the man’s questionable behavior, especially his relationship with the Olsen sisters.

However, Bob Saget commented in 2021, “Ashley and Mary-Kate… I love it so much. When I’m in New York or when they’re here, when we can, we see each other.” However, it must be noted that neither of the twins was ready to reprise their roles in the Netflix revival of Full House.

Q1. Which Is The Sexual Assault Awareness Month?

Ans: Sexual assault awareness month is April and is popularly known as SAAM. During April, people in the USA work toward raising awareness about all sorts of sexual violence and matters related to the assault.

Q2. What Is The Sexual Assault Survivor Symbol?

Ans: The sexual assault survivor symbol is the Fire Rose Unity Survivor Tattoo. Women across the world have been standing in solidarity with the tattoo.

Q3. What Is Inappropriate Touch?

Ans: Any touch that is nonconsensual can be considered unwanted and inappropriate. If there is anyone touching you inappropriately, then it’s best to start communicating.

Now that you have a fair idea about sexual assault, it is only normal that you would want to speak up. Speaking up is of vital importance, and it is only natural that you need an out. I state shut for as long as I could. But then, one fine day, I couldn’t. So I spoke up, and there were many people who didn’t believe me.

But how does it matter because I spoke up, and that’s what matters? Don’t forget to let us know in the comments below your thoughts on the same. 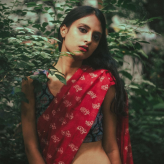 Barsha Bhattacharya is a senior content writing executive. As a marketing enthusiast and professional for the past 4 years, writing is new to Barsha. And she is loving every bit of it. Her niches are marketing, lifestyle, wellness, travel and entertainment. Apart from writing, Barsha loves to travel, binge-watch, research conspiracy theories, Instagram, and overthink.

All You Need To Know About Personal Injury Lawsuit

What Is The Capital Redemption Reserve And How Its Calculated?